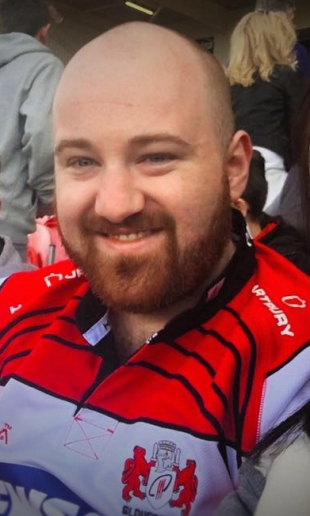 My name’s Tim. I have 3 main loves in life: sport, the Schmoedown and Star Wars. In 2016 I realised that I had a lot of views and not many people to share them with, so I set up a blog Eyes on the Ball to give my opinions on what was going on in the sporting world. I’ve really enjoyed writing it in recent years and expanded to cover the Schmoedown in 2018. I’ve been thinking about writing about Star Wars for a while too and finally decided to take the plunge, so here we go!

I fell in love with Star Wars as most kids my age surely did in the 90s and early 2000s and dabbled a little bit in the Expanded Universe, but there was so much media out there I never knew where to start. However with Disney’s purchase of Lucasfilm and the decision to make the Expanded Universe ‘Legends’ and create a new canon, I was finally able to get a handle on what was going on in a galaxy far far away…

When discussing Star Wars with my friends, I have seen that there are clearly different levels of fandom, with some people sticking to just the films, some also taking in the TV shows and others, like myself also taking an interest in other media (books/comics/video games etc). This has meant that our appreciations for what we see on screen can be drastically different due to our background knowledge.

My intention with this blog is to discuss all things Star Wars canon, as well as giving my opinion on some of the news that breaks. Some of the types or articles you will find on here are:

If there’s something specific you want me to write about, or if you write something you’d like me to include on here, just give me a shout on here or @PStetheridge on Twitter.

Thanks for reading and May the Force be with you…