The Bad Batch may have only just started, but let’s be honest: we’re all just waiting for the return of Grogu in season 3 of The Mandalorian. And with Din Djarin & Grogu’s return just weeks away (March 1ˢᵗ), we got a new trailer during Monday Night Football. So let’s do what we usually do and take a look through it.

So first things first, the art that is a Star Wars trailer continues to amaze, with great visuals and music creating a stunning 100 second trailer, and what I love is how once again, the trailer teases plenty while giving away next to nothing—take a note, MCU!

As I somewhat expected after the way the previous 2 series and The Book of Boba Fett played out, it would appear that this series will focus heavily on Din not just returning to Mandalore, but also bringing his people back together. And through the trailer, we see not just Bo-Katan’s group, but also The Armorer, Paz Vizsla and a bunch of very colourful Mandos, who I imagine to be a part of the Watch. But for Din to be among them after the events of The Book of Boba Fett suggests that he has gone some way to redeeming himself, so I believe that the main structure of this season will see Din and Grogu go to Mandalore in search of the living waters of the mines of Mandalore, and after redeeming himself—and I will also predict making an agreement of some kind with Bo-Katan—the decision will be made to rally as many Mandos as possible to take back their world.

Seeing the remains of the Mandalorian city (I will assume the capital, Sundari) was haunting, but the growing vegetation certainly suggests that it may be liveable again, which makes me think that there will likely be some occupying (Imperial?) force on the planet—we see TIEs attacking a Mandalorian fighter in one clip—as well as whatever creature that is that we see Grogu Force-push towards the end. 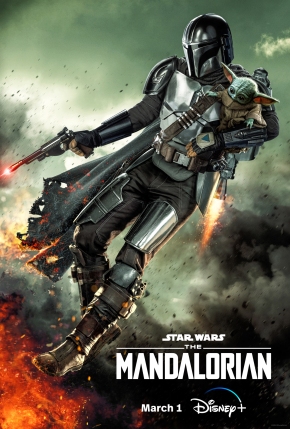 How some of the rest will fit in is what really interests me. We see Greef make a return, and I can imagine that Din will be looking for either assistance from his old friend or word on any Mandos that have been seen. But what I can’t decide is if Bo-Katan’s group are dropping to attack pirates in Greef’s city on Nevarro or in the ruins on Mandalore. Meanwhile we see Dr Pershing on Coruscant and it’s honestly amazing to see the planet again, but what will his role be and who will he be seeing there? It’s worth remembering that by now, Coruscant should no longer be the home of the Republic, as the New Republic set up on Chandrila originally but then moved periodically. We see that Din appears to replace Grogu’s mini cockpit with a droid port to take on R5 as a copilot, and I kinda hope this isn’t just a one-off, as From A Certain Point of View showed us that R5 was actually a Rebel who sacrificed his own freedom so that R2-D2 could be purchased by the Lars family, so it’s high time that the rest of the public got to cheer for him rather than just us book readers. And then we also have the return of Carson Teva, who can tell that something dangerous is growing. But who is he speaking to? Could he be talking to New Republic leadership? Or is he offering to help Din, realising that they may have different reasons to fight, but are both fighting the same enemy?

And finally, there’s 2 more shots that I want to quickly mention and make some bold predictions on. We see what appears to be a bar full of droids,including R2 units, protocol droids and B1 battle droids, while I assume that the Anzellans we see are also part of this group. ould we finally be seeing the Droid Gotra, one of the major crime syndicates, who have so far largely just been mentioned but unseen in the canon. And finally there is a shot of Jedi in a hallway preparing to fight, while the door in front of them is forced open. There’s no way that this is in the present day, and the image itself is cloudy, which all suggests a flashback, so I imagine that this is likely more of Grogu’s history, revealing a little more of what happened to him during Order 66. Though I also wouldn’t rule out the possibility of this being a flashback to the Darksaber’s history, showing the moment that House Vizsla stole it back from the Jedi during the fall of the Old Republic, if I was a betting man then I would put my money on the former prediction.

What are your thoughts on the trailer? 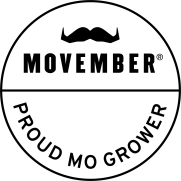 You can find all the details on my announcement.

One thought on “The Mandalorian Season 3 Trailer”