This will contain spoilers for The Clone Wars and Rebels

For this article, I am looking at the 212ᵗʰ Attack Battalion. Under the command of Jedi Master Obi-Wan Kenobi and his second-in-command Cody, the 212ᵗʰ was one of the most prominent units in the Clone Wars, playing a large part in the Outer Rim Sieges and many of the most historic engagements, including the Battle of Christophsis, Battle of Teth, Liberation of Ryloth, First Battle of Felucia, Second Battle of Geonosis, the Battle of Umbara and the Battle of Yerbana. Being assigned to one of the greatest Jedi Masters, they also found themselves heavily involved in multiple hunts for General Grievous, including the Battle above Saleucami and the Battle of Utapau, at which the Separatist general was killed. Shortly after Grievous’ death, the 212ᵗʰ received Order 66 and attempted to kill Master Kenobi, but he successfully evaded them and managed to escape the system.

A Clone Marshal Commander, CC-2224 “Cody” was Master Kenobi’s second-in-command in the 212ᵗʰ. Frequently found leading the battalion’s “Ghost Company”, Cody was involved in a number of crucial engagements during the Clone Wars. Cody led a prisoner rescue on Krystar early in the war, while also working alongside the Clone captain Rex to uncover and arrest the clone traitor Slick during the Battle of Christophsis. Again paired with Rex, Cody survived an ambush by commando droids when he arrived to inspect the Rishi Moon outpost that had recently been overrun, before leading the 3 “shinies” who had survived to retake the outpost and then destroy it when it was clear they could not hold the position. Cody served in the Liberation of Ryloth as a part of the ground campaign, taking out Separatist anti-air defences on the way to regaining control of the southern hemisphere. As the war raged on, Cody fought in the First Battle of Geonosis, Second Battle of Geononsis and the Battle of Kamino. When Jedi Master Even Piell was captured and imprisoned in the Citadel on Lola Sayu, Cody was one of the commanding officers of the elite task force put together to accompany Kenobi and Anakin Skywalker in their rescue mission. During the Battle of Umbara, Cody continued to lead the 212ᵗʰ in a mission to take the capital, while he also fought against Darth Maul’s Shadow Collective on Vizsla Keep 09. As the end of the war approached, Cody was part of an elite task force that infiltrated a Separatist listening post to determine how the Separatists were predicting the Republic’s strategies, but was injured before the completion of the mission, leading to him sitting out the rest of the campaign on Anaxes. Following the death of Count Dooku, General Grievous was revealed to be hiding on Utapau, which led to Cody and the 212ᵗʰ moving in to terminate him, a mission that ultimately proved successful. As the battle with the remaining Separatist droids raged on, Cody received Order 66 from Darth Sidious and passed on the order to eliminate Kenobi, though his troops failed to do so. To date, Cody’s history following the rise of the Empire is unknown, though the Imperial Army still relied on codes that he and Rex had created almost 20 years later.

Notable for his blonde hair, Crys was a member of the 212ᵗʰ who played a crucial role in the hunt for General Grievous on Saleucami. Skilled at robolobotomies, he used his skill to help the Republic forces work out Grievous’ whereabouts and intended destination.

Gearshift was one of a handful of clones from the 212ᵗʰ who were captured on the frozen moon Caliban and forced to build a bridge, which they then destroyed after natives helped to free them. Gearshift later took part in the Second Battle of Geonosis and was part of the unit who went looking for the missing Jedi General Luminara Unduli at the Progate Temple. After the group was attacked by undead Geonosians, Gearshift was sent back to the surface with a message for the rest of their forces, however he was overwhelmed by undead Geonosians before he could reach the exit of the catacombs.

Longshot was a member of the 212ᵗʰ who was picked for the task force sent to rescue Jedi Master Even Piell from the Citadel on Lola Sayu. After the task force’s presence was noticed by the Separatist forces, Longshot was killed by an electric field that shot down the hallway he was in. 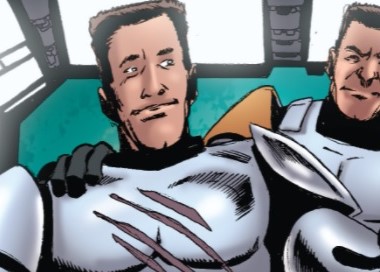 Peel was a member of the 212ᵗʰ during their mission on Bray. While there, he was attacked by a vampiric creature, which led to him becoming infected and turning into a vampiric beast himself, though he was later cured.

Another trooper who served in the 212ᵗʰ during the latter stages of the war. Unsurprisingly given his name, Tracker was part of the Republic’s hunt for the fugitives Count Dooku and Quinlan Vos, and later the Second Battle of Chrstophsis. 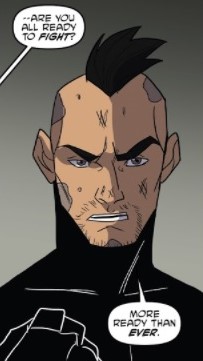 A prisoner of war rescued by Waxer and Boil’s forces on Krystar, Wooley went on to become a member of Ghost Company in the 212ᵗʰ. Wooley fought in the Liberation of Ryloth, at which point he was considered one of the best troopers in the unit and as such accompanied Commander Cody on a recon mission, finding the location of the Separatist anti-air defences, and discovering the Separatist’s use of the captured Twi’leks as living shields for their cannons.

One of the best troopers in Ghost Company, Boil served in the prisoner rescue on Krystar, the Siege of Hisseen and the Liberation of Ryloth, where he and Waxer befriended the orphaned Twi’lek child, Numa, whose knowledge of the area would allow the 212ᵗʰ to rescue the imprisoned Twi’leks and take out the Separatist anti-air defences. In the Second Battle of Geonosis, Boil was again paired with Waxer for a vital mission during the catastrophic landing at Point Rain, as the pair fought their way out to General Kenobi’s crashed gunship and evacuated the survivors (just Kenobi and Trapper) back to the Republic-held staging point before they could be overran and captured. Later in the war, Boil would serve in the Liberation of Kiros and the hunt for the fugitives Count Dooku and Quinlan Vos, which would lead to his involvement in the Second Battle of Christophsis.

Previously a member of the 91ˢᵗ Mobile Reconnaissance Corps, Trapper was transferred to the 212ᵗʰ sometime between the Battle of Malastare and Second Battle of Geonosis. On Geonosis, he served in the 212ᵗʰ Recon Division and was—along with Kenobi—the only survivor when his gunship was shot down and overshot the Republic staging point at Point Rain, but he was successfully rescued and helped back to Republic lines by Waxer and Boil.

One of the best troopers in Ghost Company, Waxer was a prominent member of the 212ᵗʰ for much of the war. Early in the war, he led a reconnaissance operation on Krystar to discover clones that had been made prisoners of war, which quickly became a rescue as they were found to be at risk of being sold to Trandoshans to be hunted. He also served in the Siege of Hisseen. During the Liberation of Ryloth, he and Boil befriended the orphaned Twi’lek child, Numa, whose knowledge of the area would allow the 212ᵗʰ to rescue the imprisoned Twi’leks and take out the Separatist anti-air defences. In the Second Battle of Geonosis, Waxer and Boil again paired up for a vital mission during the catastrophic landing at Point Rain, as the pair fought their way out to General Kenobi’s crashed gunship and evacuated the survivors (just Kenobi and Trapper) back to the Republic-held staging point before they could be overran and captured. Later in the war, he had been promoted to lieutenant and served in the Battle of Umbara as a platoon leader, but was killed by friendly fire after the Jedi traitor Pong Krell ordered both Waxer’s platoon and the 501ˢᵗ to the same co-ordinates with the false information that Umbaran forces were in the area and wearing clone armour.

CC-5576, known as “Gregor”, was a captain in Foxtrot Group, an elite unit of clone commandos assigned to the 212ᵗʰ. Gregor was reported as missing in action following the Battle of Sarrish, one of the most disastrous Republic defeats during the Clone Wars. In actuality, his transport crash landed on Abafar, and he was found alone with amnesia. Taken in by the Sullustan Borkus, who took advantage of his condition by telling him nothing of his identity and hiding his armour and gear, Gregor became a dishwasher at his diner. When D-Squad (a group of droids under the command of Colonel Meebur Gascon) crash landed on Abafar, they ran into Gregor by chance and recognised him as a clone. Spending time with D-Squad awakened Gregor’s memories and he regained his armour and helped the droids escape the planet by stealing a Separatist shuttle, however Gregor stayed behind to hold off the droids, seemingly being killed in action as he detonated nearby containers of Rhydonium. However Gregor survived and eventually made his way back to the Republic. Following the Rise of the Empire, Gregor was one of approximately 50 clone commandos stationed on Daro to train the early batches of “TK troopers”—recruits from across the Empire, who would replace the clones. Realising that he did not want to be a part of the Empire, Gregor tried to escape but was captured, though he had time to plant a rescue beacon, which led to Rex sending the Bad Batch to rescue him and get him to Ord Mantell. At some point following this, Gregor joined up with Rex and Wolffe and the trio went into isolation on Seelos in a modified AT-TE, though a mistake in removing his inhibitor chip led to him having some mental issues. After being approached by the Spectres years later, the trio joined the Rebellion and helped in the Liberation of Lothal, though he was killed in action.