Welcome to my first episode review for The Bad Batch. My reviews will follow my usual format: an overview of the plot (so be aware, there will be spoilers!), my review of the show, then a few “Moments in canon” – references that link to other media and the galaxy as a whole. Today, we’ll be looking at episode 2: “Cut and Run”. 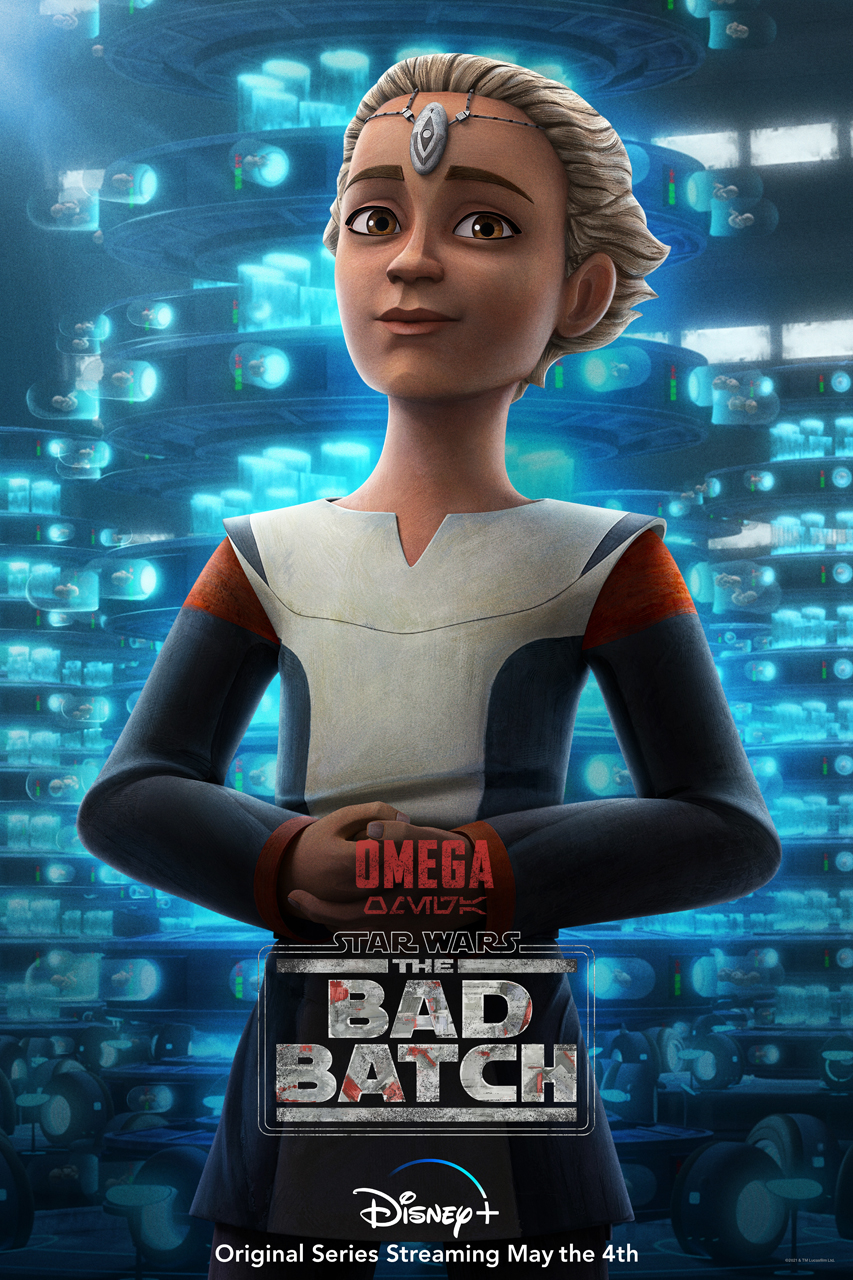 Following their escape from Kamino, the Bad Batch arrive on Saleucami, where they are hoping to track down an old friend, Cut Lawquane, in the hope that he can give them advice on how to stay off the grid, as he has been doing this for years due to his status as a deserter. The group meet up with Cut, Suu and her children, and return to their home. Cut tells them that their best chance to avoid detection is to become civilians. As they talk, Cut tells them that they just missed Rex passing through, and Cut passes on the information Rex has given him about inhibitor chips in the clones heads causing them to turn on the Jedi, a story which is corroborated by Omega and Tech.

“And you trust a deserter?”

“Why not? We’re all deserters now.”

Cut and his family intend to get off Saleucami but turn down Hunter’s offer to come with them due to the danger of them being wanted fugitives. Hunter accompanies Cut to the nearby spaceport, where Cut intends to buy seats on a shuttle, however the plan is foiled when they discover that the Empire is bringing in chain codes to track every citizen on one database, and requiring chain codes for passage off-world. As a clone trooper who deserted, it will be impossible for Cut to get a chain code.

The pair return to the farm and try to think of a new plan with the rest of the Bad Batch, however they are interrupted when Omega comes under threat from a Nexu after going outside the farm boundaries to retrieve a ball she and the kids had been playing with. Suu and Hunter successfully protect Omega, and Cut checks that she is OK. Having realised that he is out of his depth with a young girl, Hunter asks Cut to take Omega with them when they leave.

“Battling droids was easy compared to raising a child.”

Back at the Havoc Marauder, Tech and Echo formulate a plan to create false chain codes for Cut and his family. Stage 1 of this plan involves them getting their ship impounded at the spaceport, while they hide on board. However, they had not realised that Omega was also on the ship. At the impound, Echo sneaks out to get the necessary goods and returns to Tech, who creates 5 chain codes as Hunter, Wrecker, Cut and his family arrive at the spaceport.

Echo draws the attention of the nearby clone troopers as he tries to remove the magnetic clamp holding the Havoc Marauder in impound, and Omega uses this as an opportunity to sneak the chain codes over to Hunter while Wrecker helps Tech and Echo with their fight against a growing number of troopers.

“This great plan of yours is looking really lousy about now.”

Hunter tells Omega that she is going with Cut and his family, and as he watches on from the side, the chain codes for the 5 of them are accepted by the clones. Hunter goes to join the fight as Wrecker removes the magnetic clamp, but Omega decides to disobey Hunter and runs back to the Bad Batch as they are preparing to make their escape. As the Bad Batch and Omega escape on the Havoc Marauder, Cut and his family leave on the shuttle.

A very different episode to the premiere and one that I did find myself really enjoying, but I did have a couple of questions about it, so will get these out of the way first.

My second issue is one that I had with last week’s episode, that this show appears to be somewhat uncaring about the existing canon from books and comics. Last week, we decided to change the story of how Depa Billaba and Caleb Dume’s clones turned on them, and now we are seeing Cut Lawquane and his family leaving Saleucami, whereas an interlude in Aftermath heavily implied that Cut and his family stayed on Saleucami as farmers and stayed away from the Galactic Civil War. Perhaps we get some anser down the line that they realised nowhere was safer so returned to somewhere they knew, but right now it feels like my attempts to (slowly) get through all of Star Wars canon so I know the full story of Star Wars is being lessened by storytellers going for the fan-service for people who are only interested in what comes to screen. Am I sounding entitle here? Yes, but I was not the one that announced that all stories going forward would fit into one canon, and then allowed the films and series to retcon whatever they want.

Anyway… rant over, so on to the positives.

Echo is the really interesting character to me, and I loved how she was portrayed in this episode, from her sheer wonder and elation at sunlight and dirt on her first visit to a world that isn’t Kamino, to her complete lack of understanding about how to act around other kids and have fun playing games. But even more than that, her presence is bringing so much to Hunter’s character, with him already looking out for her like a father figure, but quickly feeling out of his depth and trying to have Cut take her, as he has shown his proficiency with kids, so Hunter deciding to leave Omega is the best thing for her in his mind, without ever consulting her. While it’s clear that all of the Bad Batch will look out for Omega, Hunter has clearly been established as the father figure already, with the other 3 taking on the role of her crazy uncles.

In terms of character roles, I also feel that we will get a lot of team-ups between Echo and Tech, as Echo’s scomp link and ability to hook into computers will work very well with tech’s abilities and knowledge, while Wrecker and Hunter are certainly the more combat-proficient members of the team. It will be interesting to see what role Omega takes in the team, and I hope that she is not continually kept to the side for her own safety or always needing rescuing, as her identity as a young girl who looks nothing like the other clones could come in very handy.

Once again, it was nice to see some familiar assets, such as the magnetic clamps like we saw in Rebels, and shuttles similar to Rebels and Resistance, as it makes everything feel like part of the same galaxy. I do however hope that – considering the the first 2 episodes have relied heavily on people and places that we know – the next couple of episodes do not rely on this familiarity and instead show us something new, especially considering (SPOILERS) we already know from the trailers that Rex, Fennec Shand and Zygerrians are due to appear in this series.