At the Disney Investor Day, a number of new series were announced for the Star Wars universe, including Rangers of the New Republic. While we don’t know much about the show at the moment, we do know that it will run concurrently with The Mandalorian and Ahsoka (so presumably also The Book of Boba Fett) and will culminate in a crossover event.

My assumption at the moment is that the titular Rangers will be a group of New Republic soldiers/pilots (or both) who will be undertaking missions in the Outer Rim. While I’m sure that many of the team will be entirely new characters, there is definitely an opportunity here to bring in some characters that we already know from the wider canon. So who could appear as a Ranger of the New Republic?

For so long, this looked so obvious that it wouldn’t even be worth discussing, with rumours suggesting that she was actually going to be the lead of the show. With Gina Carano finally ousted, however, the status of Carasynthia Dune is much more clouded. The character is well loved, but a recasting runs the risk of directing the hate of Carano’s supporters onto the replacement, so my feeling is that it would be better to avoid bringing the character into the series, or potentially even creating an event to write Cara Dune out of all the shows, for example an attack on Nevarro in which she dies, which we could just see the aftermath of and could be used as the inciting incident for the creation of the Rangers.

While Carano’s actions have harmed Cara Dune, Paul Sun-Hyung Lee has been a ray of positivity in the community and brought us a great new character in Captain Carson Teva. And if the Rangers need pilots, why not the X-wing pilot that already knows something is happening in the Outer Rim. Teva could bring a soft, fatherly feeling to a group and be the moral compass, while an inciting incident for him joining could involve the return of “Director Squadron” – Dave Filoni, Deborah Chow and Rick Famuyiwa as Trapper Wolf, Sash Ketter and Jib Dodger respectively, who could all be shot down in a skirmish that leads to Teva wanting to join the Rangers.

While I can’t imagine this happening, it would be great to see Bill Burr return to Star Wars as a series regular with the character of Migs Mayfeld. As a former Imperial up to and during the events of Operation Cinder, Mayfeld’s knowledge of Imperial codes and positions could be valuable, and his actions in Chapter 15 of The Mandalorian certainly suggest that he has gone a long way to redeeming himself. As a wise-cracking sharpshooter, there is so much potential for him to find a place in the Rangers both from a professional point of view (a sharpshooter always helps) but also from a character point of view (as one of the main sources of humour), while his Imperial and criminal past could also be used as a point of conflict with other members of the group.

After Katee Sackhoff made the transition from the voice of Bo-Katan to the physical portrayal of her in The Mandalorian, so too could Janina Gavankar and T.J. Ramini make the transition from the Star Wars Battlefront II video game. We have very little information about Iden and Del between the Battle of Jakku and the build-up tot he Sequel Trilogy, so this would be a great chance to expand their story. As former Imperials, they would provide an alternative to Mayfeld for knowledge of Imperial protocol and codes, while Iden would also be a potential leader of the Rangers. Bringing in the pair also allows us to have an element of romance within the group, which could lead to tensions if one were to be in danger.

Having them involved would also allow for Dio to join the crew, and let’s be honest, every group needs its loveable droid. But perhaps even more important, it would bring in their ship, the Corvus, which could be used as their mobile base throughout the series. 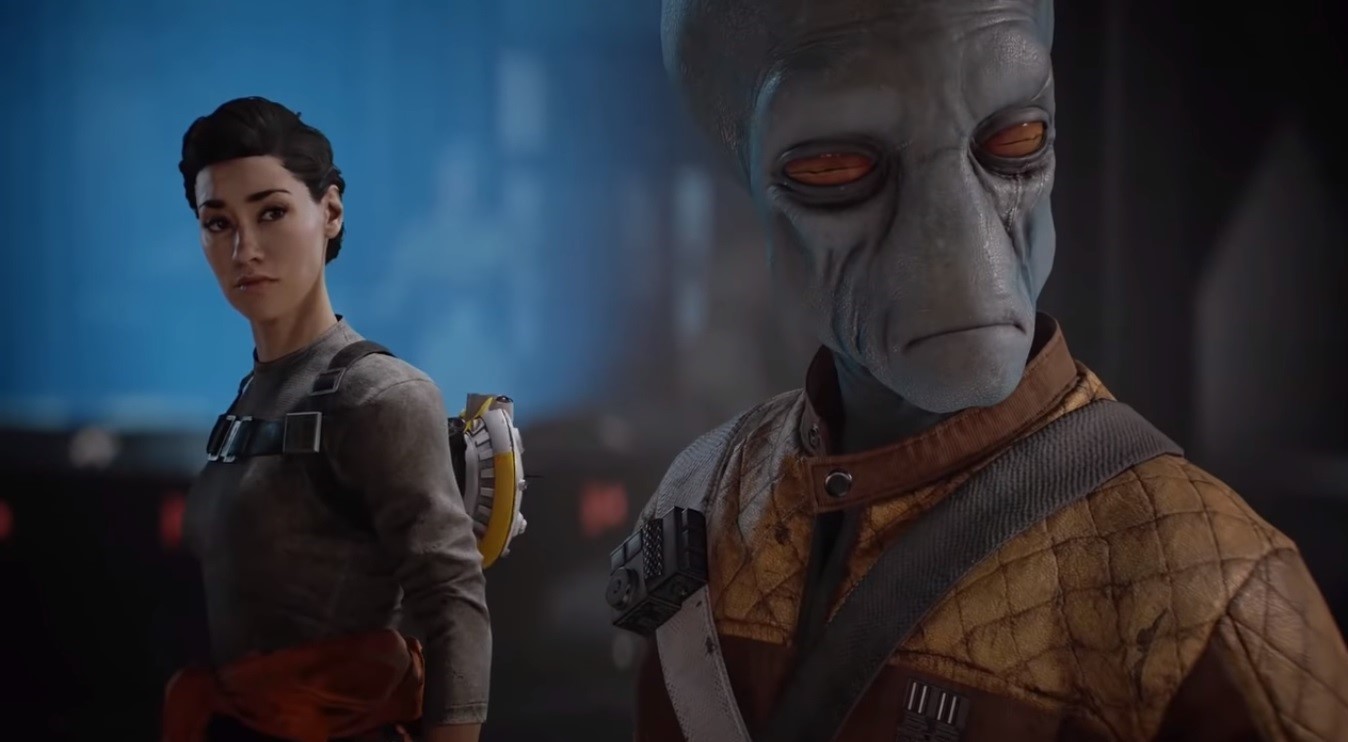 Whether or not Iden and Del, their Inferno Squad teammate Shriv should definitely make an appearance, so long as it’s possible to make a Duros work as a series regular. Shriv is a great character, with his sardonic attitude providing a great source of humour, while he has shown himself to be a more than capable pilot and soldier in Star Wars Battlefront II. 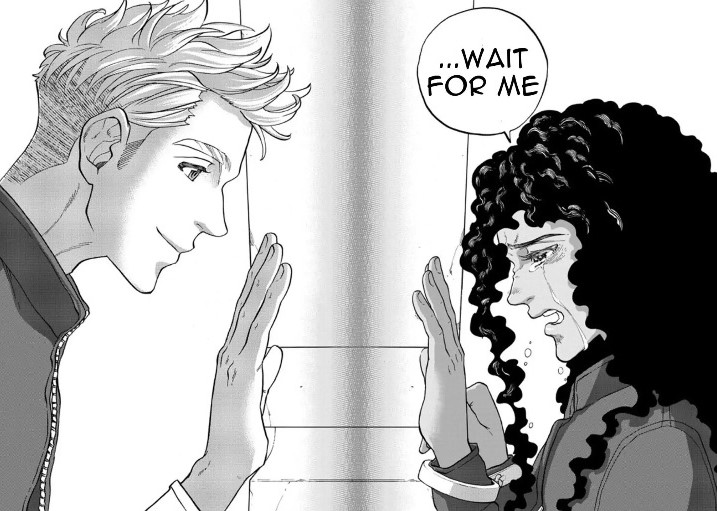 While I would much rather see Thane’s story continue in a sequel to Lost Stars, I also wouldn’t be opposed to seeing Thane Kyrell join Cobb Vanth in making the jump from page to screen. The last we have seen of Thane, he was a pilot in the New Republic Navy, and could have easily chose to stay in service as the military was downsized. Thane repeatedly proved himself to be a high-quality pilot, who would certainly be at home in the team. What would be interesting is seeing how things have gone with the love of his life, Ciena Ree, who we last saw imprisoned approximately 4 years earlier for her role as a Imperial Officer up to the Battle of Jakku. This romance with Ciena could be a great subplot, especially if she is still in prison and he chooses to keep their relationship a secret.

Including a Zabrak would be easier for the costume department than a Duros, while aslo adding some welcome diversity to the group. Jas Emari was a bounty hunter but worked closely with the New Republic and could potentially be convinced to join the team in the right circumstances, having previously joined a New Republic team to arrest high value targets in the year between the Battle of Endor and the Battle of Jakku. As a high quality sniper, Jas would be an alternative to Mayfeld in the field, while including her in the Rangers could also allow us to bring in some other great characters from the Aftermath Trilogy – former Imperial Loyalty Officer Sinjir Rath Velus and slicer Conder Kyle – as handy contacts. 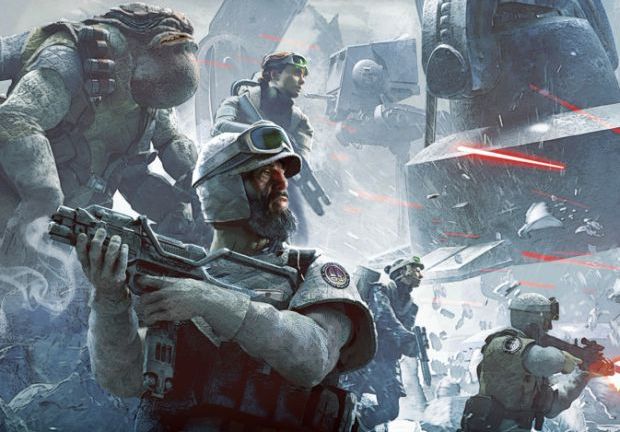 Sticking with characters from the books, Hazram Namir would fill the trope of the grizzled veteran soldier within the group. A part of the 61ˢᵗ Mobile Infantry, Namir found himself in some of the more horrible battles of the Galactic Civil War. Appearing in the book Star Wars Battlefront: Twilight Company, Namir grew from an experienced warrior who joined the Rebellion, to the commanding officer of Twilight Company, and if he retained that role, it is possible that he could come with the Apailana’s Promise, a Dornean Gunship that could carry 2 X-wings. From his time with Twilight, Namir would be have some great (but dark) war stories to tell younger Rangers, while also being able to teach any new recruits.

Having appeared in Rebels and Star Wars: Squadrons, it’s abut time that Hera made the jump to live action. While I can’t imagine Hera would join the Rangers (her son Jacen would still be a child at this point), it’s easy enough to imagine that she would appear in a recurring role as their commanding officer who the Rangers report to, allowing her to appear as holograms and occasionally in person. This would also allow for the occasional Chopper cameo, while if Thrawn does become the antagonist for the crossover, Hera’s history against him from Rebels would explain why the Rangers get involved.

So those are some of my predictions, who do you think could pop up and who would you like to see?

2 thoughts on “Who will be the Rangers of the New Republic?”