Welcome to my latest episode review for The Mandalorian. The reviews will follow my usual format: an overview of the plot (so be aware, there will be spoilers!), my review of the show, then a few “Moments in canon” – references that link to other media and the galaxy as a whole. Today, we’ll be looking at Chapter 11: The Heiress. 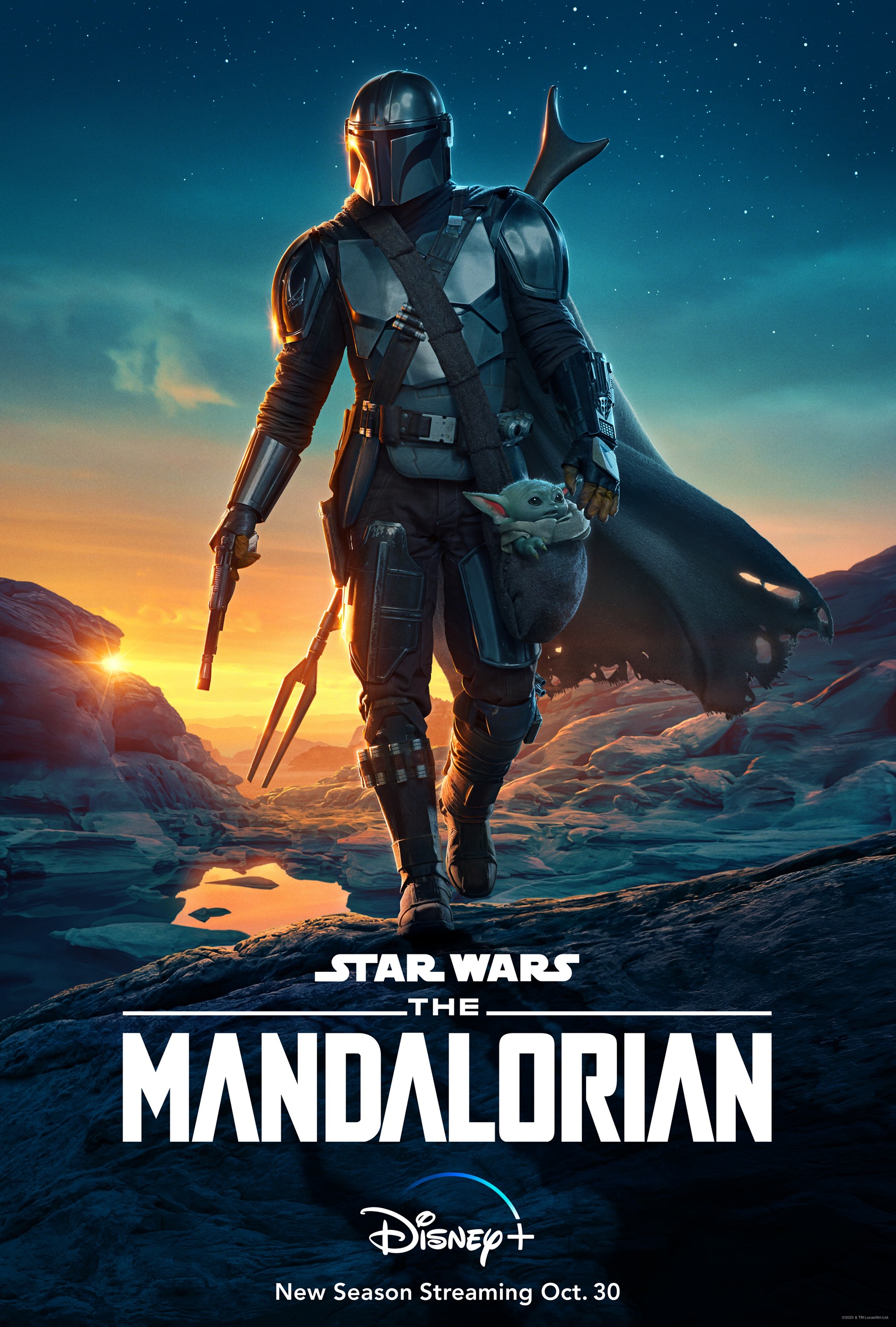 The Razor Crest arrives at the estuary moon of Trask, but its extensive damage causes difficulties entering atmosphere and they end up landing in the water next to the dock. The ship is pulled out of the water and Din pays a Calamari worker to fix the ship.

The Frog Lady reunites with her husband who, as promised,  directs Din to an inn where he can find information on the presence of Mandalorians. The server at the inn puts Din in contact with a Quarren who says he knows the location of some Mandalorians and can take him to them on his boat.

“Others with beskar have been through here.”

While on the boat, the Quarren begins to show Din and The Child the sight of a mamacore feeding, but pushes The Child and his cot into the water to be eaten by the creature. Din jumps in to save The Child and the Quarren on the boat close the grate over the water, attempting to drown Din to steal his beskar armour. A trio of Mandalorians land on the boat, killing the Quarren and saving Din and The Child. Din’s initial good will towards the trio soon disappears as they take off their helmets and he accuses them of not being true Mandalorians. The leader of the trio introduces herself as Bo-Katan of Clan Kryze and says that her armour has been in her family for 3 generations. From Din’s insistence that taking off one’s helmet goes against the Way of the Mandalore, Bo-Katan recognises Din as a Child of the Watch, a cult of religious zealots that broke away from Mandalorian society with the goal of re-establishing the ancient way.

Not trusting the trio, Din flies back to port with The Child and watches from a distance as Bo-Katan and the other 2 Mandalorians – Koska Reeves and Axe Woves – destroy the boat. Din is ambushed by a group of Quarren, whose leader says that Din killed his brother. The trio of Mandalorians arrive and kill the Quarren. Din agrees to join them for a drink, during which time Bo-Katan explains that she is trying to take back Mandalore and just needs weapons and armour to do so. Din explains his mission to find the Jedi and get The Child to them and Bo-Katan says that she knows one, convincing Din to help the trio steal weapons from a group of Imperials with the promise of revealing the Jedi’s location.

Din leaves The Child in the care of the Frog couple and joins the trio on their mission. As the Imperials leave in a Gozanti-class freighter, the 4 Mandalorians infiltrate the ship and fight their way through to the cargo hold. When it becomes clear that the Mandalorians plan to take complete control of the ship, the freighter’s commander contacts Moff Gideon and, at his instruction, attempts to crash the freighter. The Mandalorians make it to the bridge, Din and Reeves just manage to pull the freighter up in time, while Bo-Katan demands the commander tell her if Moff Gideon has the Darksaber. The commander tells her that if she is asking, she already knows the truth, and commits suicide when it becomes clear she will try to use him to find Moff Gideon.

The Mandalorians prepare to jump to hyperspace and Bo-Katan tries to convince Din to stay with them, but he chooses to return to The Child and carry on his mission. As promised, Bo-Katan directs him to the city of Calodan on the forest planet of Corvus, and says that he will find a Jedi named Ahsoka Tano there.

Din returns to collect The Child from the Frog Couple, whose child has spawned, and the pair leave the moon in the (hardly repaired) Razor Crest and begin making their way to Corvus.

After what I consider one of the weaker episodes last week, the show has jetpacked back with a truly great episode!

“You do not cover your face. You are not Mandalorian.”

Ever since the reveal of the Darksaber in Chapter 8, I have been wondering what this meant for Bo-katan Kryze. Well the rumours have been swirling for months that the character would be making the transition from the animated shows to live action with her voice actor Katee Sackhoff continuing in the role, and this episode proved them to be true. The moment of seeing the Mandalorians arrive on the boat was great, and Bo-Katan’s armour looked so faithful to the animated series that she was instantly recognisable for me, and seeing her remove her helmet to reveal Katee Sackhoff with auburn hair was brilliant. I’m always a fan of seeing anything that links into the wider canon, and this episode did it beautifully by bringing in Bo-Katan and the links to The Clone Wars and Rebels.

As well as the great links to the wider canon, it also did a great job of expanding Mandalorian history and culture. We finally have the answer for the question of why the Mandalorian characters in previous series have been happy to remove their helmets despite this going against what we are being told is “The Way” with the reveal that Din and his covert were part of a cult adhering to ancient ways. Similarly, we got a little bit more information about the Great Purge and what happened to Mandalore, as well as finding out that Bo-Katan is the last of her line – does that mean that her nephew Korkie Kryze is dead?

The action was fantastic in this episode, and that doesn’t surprise me at all considering how much it involved a group of Mandalorians. It was great seeing the Mandalorians being willing to take hits – utilising the strength of their beskar armour – in order to force their way forward under heavy fire, and the usage of smoke grenades and their helmets’ thermal sensors was brilliant! What the series has done well is cast legitimately strong and active women in the roles of women who are meant to be strong fighters. Sackhoff is known as one of the current crop of hard women on screen with roles like Kara “Starbuck” Thrace in Battlestar Galactica and Dahl in Riddick, and this plays in perfect to Bo-Katan, who is effectively a warrior-queen currently in exile! And then just like with Gina Carano as Cara Dune, the casting has gone beyond known actors by bringing in Mercedes Varnado (more popularly known as WWE’s Sasha Banks) and it was clear that her fighting background was being utilised with jump kicks and throws during the fight scenes – I’m also just so glad that rumours she was playing Sabine Wren were wrong!

Obviously I had worries last week about the actions of The Child, and it seemed that this week was a bit of a learning curve for him, with his food fighting back at one point and a much bigger creature almost eating him, before having him there watching the birth of the Frog couple’s child and watching the love that they gave it. However, with Ahsoka Tano surely entering the series in the coming weeks (we know that Din and the Child are on the way to find her, and the media were reporting Rosario Dawson had been cast in the role) and the introduction of Bo-Katan and the idea of taking back Mandalore, I can’t help wonder how much more The Child will remain in the show – perhaps going on the idea of using The Child to draw in viewers over the opening seasons and trusting that the rest of the show will have done enough to keep them watching once he is gone.

“Your bravery will not be forgotten. This is the Way.”

4 thoughts on “The Mandalorian: Chapter 11”