Season 7 of the Movie Trivia Schmoedown is underway and things are bigger than ever. “The New Era” has seen the Schmoedown take on more of a sports format overall, with 9 factions this season each drafting up to 10 competitors (“Schmoedown Pros”), with points awarded for each match creating a faction league table alongside the actual Championship Belts in each of the 4 divisions: Singles, Teams, Innergeekdom and Star Wars.

The Star Wars Division has generally been just a handful of matches each year, but with each faction looking to draft at least 1 Schmoedown Pro who can play in the division – many of them are specialists within this division – it looks like we will be getting many more matches through the season. As such, I have decided to share these matches on here.

The matches will be trivia from the 12 theatrically released movies, but the trivia will go deeper than just what we hear and see on screen (for example, a lot of names that aren’t stated in the movies).

The current Star Wars Champion is Alex “The Demon” Damon of YouTube channel Star Wars Explained, who has a 5-1 (1 KO) record with 3 title defences. He was drafted by the Roxstars at the beginning of the season.

The first match of the season sees rookie Sean “The Saint” Sullivan of The Den take on Adam “The Razor” Witt of The Dungeon, who debuted in the Teams Division last year but will be taking his first steps into the Star Wars Division. 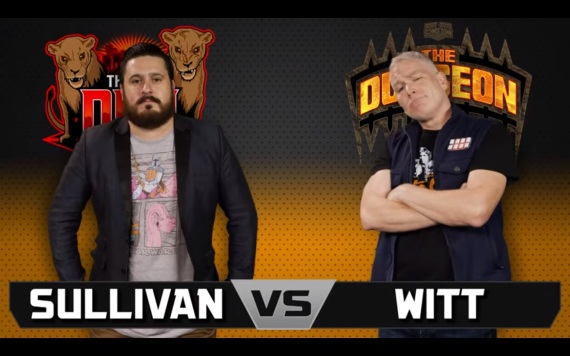 Who will win? You can watch the match here and try playing along to see how well you can do! May the Force be with you…