Welcome to my latest series of articles called “Why I love Star Wars”. This is a series that was inspired by reading Ken Napzok’s Why We Love Star Wars: The Great Moments That Built A Galaxy Far, Far Away, a countdown of the top 100 moments from Star Wars that made him love it all, including canon stories from every medium. As I was reading this book, I found myself thinking of some of my own favourite moments and wanted to discuss them.

While there are certainly some films that I do not like as much as others, every movie has some wonderful moments that I would always say outweigh the bad, so for that reason I wouldn’t say that I hate any of the Star Wars films. With the way that too much Star Wars talk has gone down a dark hole in recent years, hopefully reminding ourselves of the great moments and focusing on the positives will help the fandom recover.

Why I Love Star Wars:

Unlike in the book, I will not put the moments in any specific order (I do things like that enough in my Top 10s!) as the order would probably change on every viewing. Today I will be looking at Revenge of the Sith

Beware: this will contain spoilers for the movie!

With thousands of Jedi around at the start of the movie, but A New Hope having set up that the Jedi are “all-but extinct”, I think we knew that some serious stuff was going to go down in this movie. I don’t know if any of us were ready for Order 66 however. Seeing Anakin and the clones marching into the Jedi Temple is tense, but then we cut away to Obi-Wan and Cody on Utapau and are reminded how far away they are from Palpatine’s plans on Coruscant… until Obi-Wan rides away on the varactyl just as Cody gets the order from Palpatine. Without hesitation, he orders his troopers to fire on Kenobi, and we see him and the varactyl fall into the water below. As if the varactyl’s cry is not hard enough for us to take, John Williams’ music becomes beautifully tragic as we see Ki-Adi-Mundi, Aayla Secura, Stass Allie and Plo Koon all killed by their troops while Yoda feels their deaths through the Force while the battle rages on the beach below. Returning to Coruscant and seeing he Jedi gunned down in the Jedi Temple, things can’t get any worse… until we see Anakin activate his lightsaber to kill a group of younglings! No wonder this was the first in the saga to get a 12A (in the UK, PG-13 in the USA) rating!

“You were the chosen one!”

Once it was clear that Anakin was turning to Vader, it soon became clear that we were setting up for a monumental battle. While the fight itself is great, the real moment that gets me is in the aftermath. Anakin lies just above the level of the lava missing 3 of his limbs, while Obi-Wan looks down on him from the high ground. And so we get one of my favourite lines from the Prequel Trilogy and pure emotion from both Ewan McGregor (Kenobi) and Hayden Christensen (Vader):

“You were the Chosen One! You were supposed to destroy the Sith, not join them. Bring balance to the Force, not leave it in darkness.”

“You were my brother, Anakin! I loved you.”

They have been good friends for 13 years and been through so much together. That is so clear in Obi-Wan’s lines, as is how far Anakin has fallen to be so consumed by fate. I still wonder why Kenobi walks off as Anakin burns: does he think that Vader deserves a slow and painful death? Or can he still not bring himself to kill his old friend even as he burns? I can’t help but feel as well that this is even more impactful having seen the pair’s relationship throughout The Clone Wars. 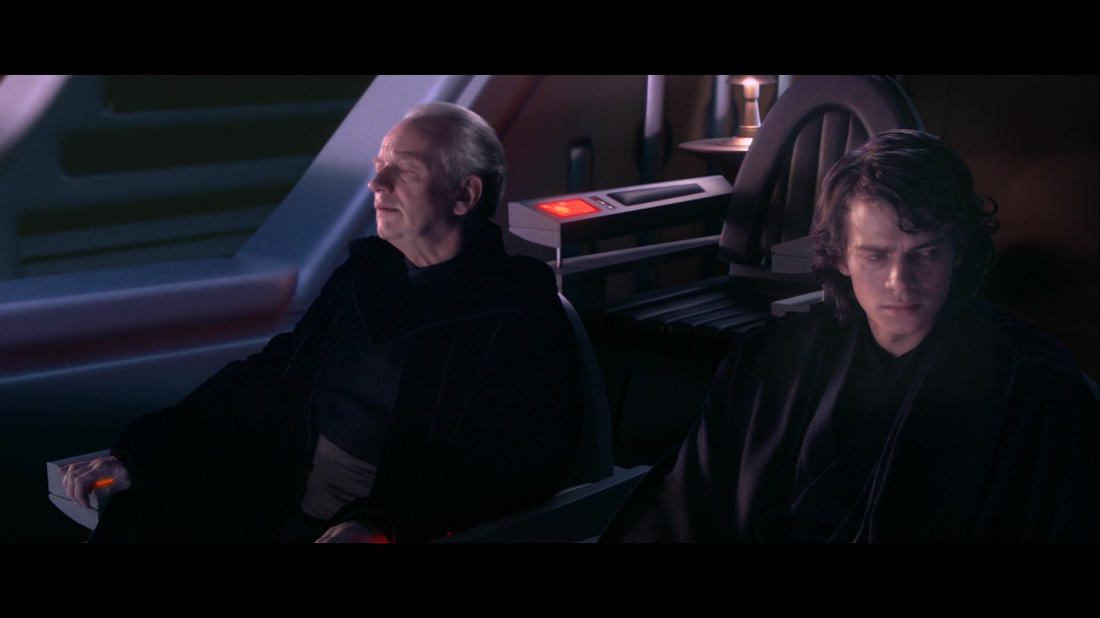 I’m generally more of a fan of the action scenes, but as I have grown older, I have come to really appreciate the more subtle moments of the saga. None more so than the scene at the opera. Palpatine starts by giving Anakin Grievous’ location, before switching to his real business: turning his future apprentice towards the dark side. Telling Anakin that the Jedi are plotting against him and the Republic, but playing on Anakin’s shaken faith. Anakin continues to defend the Jedi, so Palpatine switches to a new tactic: the Tragedy of Darth Plagueis the Wise, playing on Anakin’s fears for Padmé’s life. While John Williams’s score is dark and foreboding, you can see Anakin being tempted, while Palptine’s smirk while saying how ironic it was that Plagueis could not save himself from death is a great subtle hint that he was Plagueis’ apprentice.

What a way to end not just a film, but also a trilogy and (we thought at the time) the saga. While Bail Organa takes Leia back to Alderaan to adopt her, Obi-Wan takes baby Luke to Tatooine. Going to the Lars Homestead, he gives Luke to Beru and watches on as she takes him over to Owen. Owen and Beru have their new charge and as the movie ends, we see them look out over a binary sunset. In just this scene we get a softer version of Luke’s Theme and then the Force Theme, once again tying back to the original film. Though the Binary Sunset was not the scene that introduced us to Luke, it feels like the one where his adventure begins, so to go back to that moment both visually and musically with the final shot of the Prequel Trilogy was a beautiful way to tie everything together.

Sometimes, the words that aren’t said are the strongest. While Mace Windu and his fellow Masters go to confront Palpatine, Anakin waits in the Council Chambers. Padmé meanwhile is at her apartment. Feeling some connection, the pair look out the windows towards where they know the other is and you can see that unspoken connection. This scene is so beautiful and works as a great reminder that Anakin isn’t falling to the dark side due to a lust for power, but instead because he wants to save his wife from the death he has foreseen.

What are your favourite moments from Revenge of the Sith?