And so, we have reached December and Movember is over for another year. It’s been a fun couple of weeks growing the monkeytail and brilliant last few days sporting the full monkey, something that sparked a lot of conversation!. 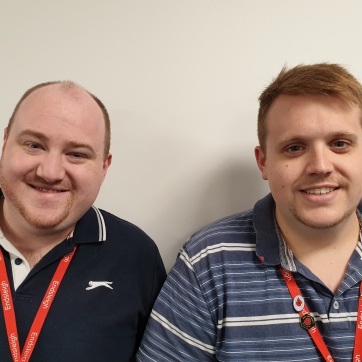 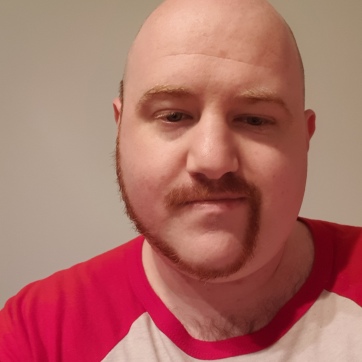 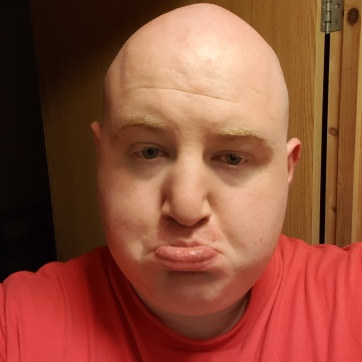 Of course, there was a serious side to this fun: raising money for the Movember Foundation. I want to thank everyone who donated and helped me raise £71 this year!

There are also some other people who deserve a special thanks:

Movember may be over for another year, but you can still donate if you want. You can donate to my personal page here or find our team page here. Anything you can spare will always be greatly appreciated.

And so, as we bid farewell to Movember 2019, today’s Movember in Star Wars is… Lando Calrissian

Born on Socorro, Lando Calrissian found early fame as a smuggler, gambler and pilot of the Millennium Falcon. It was the speed of the Falcon that led to Calrissian and co-pilot L3-37 being hired as part of Han Solo and Tobias Beckett’s heist of coaxium from Kessel. The heist led to a prison riot, which saw Calrissian injured and L3-37 being destroyed. The arrival of an Imperial blockade saw Lando involved in the Falcon making the Kessel run in (supposedly) less than 12 parsecs, with Solo piloting and L3-37 integrated into the ship’s navicomputer. After delivering the stolen coaxium to Savareen, Calrissian abandoned the rest of the group by flying the Falcon away at the arrival of Enfys Nest and the Cloud-Riders. Solo eventually tracked Calrissian down on Numidian Prime, where he won the Falcon in a game of sabacc.

Without the Falcon, Calrissian attempted to become a respectable businessman, with mixed results. This led to him meeting the Spectres, who helped him smuggle puffer pigs past an Imperial blockade around Lothal, while he later helped them escape past another Imperial blockade around the planet. Along with his friend Lobot, he put together a crew to help steal an imperial pleasure craft, the Imperialis. Unbeknownst to them, the ship belonged to the Emperor and was full of Sith artefacts, which corrupted a number of Lando’s crew. Calrissian and Lobot managed to escape, however it required Lobot losing control to his cyborg implants.

Victory in a card game saw Calrissian win control of Cloud City (of which he became Baron Administrator) and Bespin’s tibanna gas mining operation. When Solo brought Princess Leia to Cloud City during their escape from the Empire following the Battle of Hoth, the Empire beat them there and Calrissian as forced to make a deal with Darth Vader in order to protect the Cloud City residents. This led to the capture of Solo, Organa, Chewbacca and C-3PO. Solo was tortured then frozen in carbonite as a test for Vader’s plans to capture Luke Skywalker. Solo was given to Boba Fett to take to Jabba the Hutt and the others were to be taken to Vader’s ship, which went against Vader’s earlier deal and pushed Calrissian into fighting back – freeing Organa, Chewbacca and C-3PO while also helping Skywalker and R2-D2 escape.

Having joined the Rebel Alliance, Calrissian was involved in rescuing Solo from Jabba the Hutt, having infiltrated the palace as one of Jabba’s guards. Returning to the Alliance, Calrissian’s role in the Battle of Taanab earned him the rank of General, and he volunteered to lead the starfighter assault on the second Death Star as Gold Leader. Flying the Falcon in the Battle of Endor, he surmised that the shield generator around the battle station was still operational and, upon finding out the primary weapon was operational, made the call to move the Rebel fleet into the Imperial fleet and attack the star destroyers at point blank range (where they would last longer than in the open against the Death Star). With the shield generator on the forest moon destroyed, Calrissian led the fighter assault into the superstructure and fired the shot that set off the chain reaction that destroyed the Death Star.

Calrissian returned to Bespin, where he helped liberate Cloud City from the Iron Blockade. Calrissian bought the droid processing company VylarTech – based on Cloud City – and renamed it Calrissian Enterprises. A couple of years after the end of the Galactic Civil War, Calrissian and Solo were involved in saving the New Republic from the criminal Fyzen Gor, who is planning to create a droid apocalypse.

It would appear that Calrissian’s role in the galactic story is still unfinished, however, as trailers for The Rise of Skywalker appear to show him as part of the Resistance in the war against the First Order.