There are just a few days left of Movember, so it’s time to go wild!

I’ve done the Monkeytail a few times now for Movember and always enjoy doing it, so for these last couple of days, I’ve decided to upgrade the Monkeytail into the whole monkey. 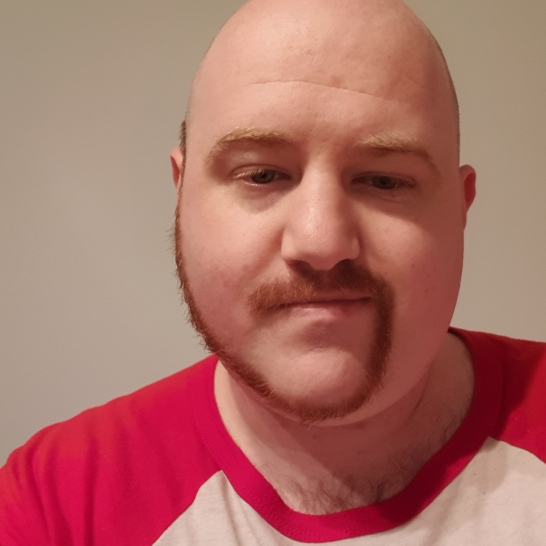 First of all, a massive thank you to my colleague Emma and MoBro Phil for staying late after work to do this for me. I feel absolutely ridiculous and so self-conscious on my bus journeys, but it’s all for a good cause: trying to raise money for the Movember Foundation and also raising awareness to help change the face of men’s health. This year, I’m going through Movember in a team along with 2 friends of mine, Phil (who is also sporting a Monkeytail this year, but not the rest of the monkey) and Matt. You can donate to my personal page here or find our team page here. With just a few days left, anything you can spare will be greatly appreciated.

Growing up on Tatooine, Biggs Darklighter was a close friend of Luke Skywalker. Both talented pilots, the pair would often fly through Beggar’s Canyon. Both dreamed of leaving Tatooine to join the Imperial Academy, but in the end only Darklighter left as Skywalker’s uncle Owen Lars would not let him leave.

After his time at the Academy, Darklighter was given the role of first mate aboard the Rand Ecliptic. Darklighter defected to the Rebellion with the help of Derek “Hobbie” Klivian, having had the chance to return to Tatooine to visit Luke and tell him of his intentions.

Following his defection, Darklighter was assigned to Red Squadron, based on Yavin 4. He flew in the Battle of Yavin under the callsign Red 3, assigned to the 4th flight as wingman (alongside Wedge Antilles) to Skywalker. After Gold Squadron’s failed attack run, their flight provided cover overhead of Red Leader Garven Dreis’ flight, but after his attack run failed, they were ordered to set up for a runoff their own just before Dreis’ death.

Darklighter, Antilles and Skywalker began their run at full throttle in an attempt to keep Darth Vader and his wingmen off their backs. Antilles had to pull away due to issues with his stabiliser. With the TIEs coming in faster this time, Darklighter made the decision to switch the power from his rear deflector shields to his engines to keep ahead of the TIEs, sacrificing himself to buy Skywalker the extra seconds needed to destroy the Death Star.