So here we are, Day 1 of Movember 2019. Movember is a charity event that is close to my heart, so I have been taking part in it for years, ever since I was at university. Being lucky enough to be graced with the ability to grow a decent beard, I look to take advantage of this to create some fun styles. What am I doing this year? You’ll see soon enough.

My plan is to chart my 2019 Movember journey on here so that you can see how things are going, but to bring it back to Star Wars, I will also look to celebrate some of the moustached heroes and villains from canon. 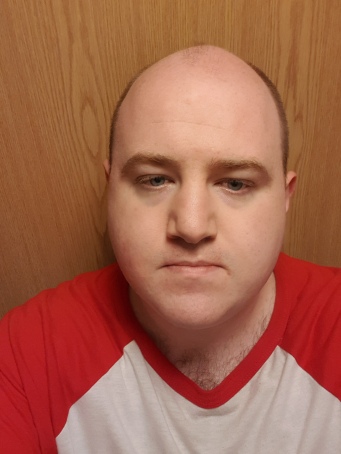 So it’s been about 24 hours since I shaved, and I’m struggling to get used to it. I usually have a beard and having grown out last year’s mo, I haven’t been clean shaven for a whole 12 months! My face is freezing and I keep finding stray hairs I didn’t fully get rid of due to shaving somewhere I usually just trim. The stubble’s already starting to come through, so hopefully it won’t be too long until I can show you this year’s design. This year, I’m going through Movember in a team along with 2 friends of mine, Phil and Matt. We look ridiculous at the best of times so to add in some fun facial hair is taking us to a different level. Of course, there is a serious side to things which is trying to help change the face of men’s health. You can donate to my personal page here or find our team page here.

Major Bren Derlin was a member of the Rebel Alliance hailing from Tisheraan.

Following the Battle of Yavin, Major Derlin was involved in the mission to rescue the slicer Drusil Bephorin and her family from the Empire. With Luke Skywalker collecting Bephorin, Derlin and his team collected her family and escorted them to Omereth to wait for Skywalker. The group were attacked by bounty hunters and ended up besieged by them, until Skywalker arrived and defeated them.

Once Echo Base was established on Hoth, Derlin was assigned there as the operations and security chief. When Skywalker (who had not reported in from a routine patrol) and Han Solo (who had gone out looking for Skywalker) did not return before the night, it was Derlin who had to make the decision to close the main doors due to the cold outside temperatures.

Derlin survived the Battle of Hoth and escaped with the majority of the Rebels, having been involved in briefing the pilots. He later went on to fight in the Battle of Endor, leading a commando team on the forest moon.