Welcome to the start of a new series of articles: “Battlefront II Revisited”. When Star Wars Battlefront II was released in November 2017, a large part of my excitement was directed towards the inclusion of a single player story mode, which would be telling a new story in the canon and following a new set of characters: Inferno Squad. Having completed the story mode rather quickly, I have only really played the game in patches since as online multiplayer shooters are not really my thing, but all the recent improvements and new content have had me playing a bit more recently and I decided it would be fun to return to the story mode and give my thoughts on each level. First up is the 1st mission and prologue The Cleaner

Please be aware there will be spoilers for the story

The story opens on a U-wing and A-wing escort approaching the Rebel cruiser Invincible Faith for a prisoner transfer. Iden Versio has been captured and is being questioned by the ship’s captain, who tries persuading her to join the Alliance and give them the access code to her droid. She reuses, but once alone in her cell states the activation code through her helmet’s mic, which activates her ID-10 droid, which a technician is attempting to slice into elsewhere in the ship. 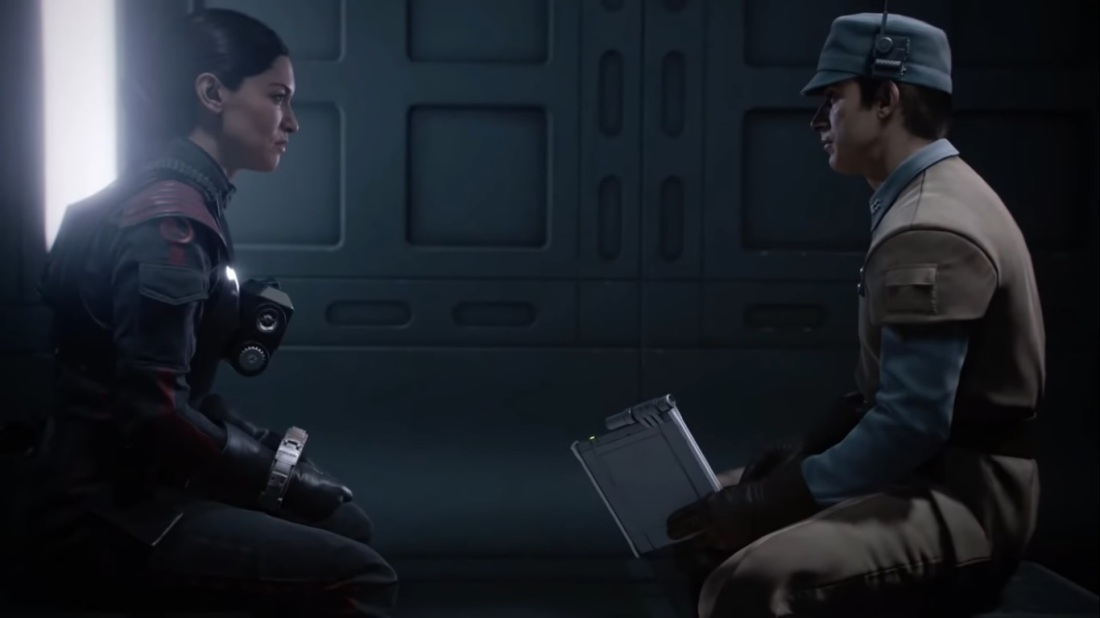 After stunning the slicer, it is time for us to control the droid and travel through the ship’s ventilation shafts to find Iden’s cell. The controls are very simple for the droid but in the narrow passages it is important to not bang against the sides, while sneaking through some hallways requires decent timing to avoid detection. During the trip it is possible to overhear conversations between some of the Rebels and hear a number of fighter squadrons from the wider canon name-checked, including Corona and Blade squadrons.

The droid eventually finds Iden and she becomes our controlled avatar for the rest of the mission, who can then sneak her way through the ship to the comms centre. From communications with a fellow Inferno Squad member, Hask, it becomes clear that Iden allowed herself to be captured as part of the mission. In this section, it is possible to blast your way through the hallways or to sneak, taking advantage of melee takedowns and the ID-10’s stun ability to take out any rebels in the way. Iden also overhears a briefing between the rebels on the ship and the hologram of Admiral Ackbar, ordering the Invincible Faith to joining the Rebel fleet massing at Sullust, unaware that the Empire is already aware and preparing for their surprise attack on the 2nd Death Star. We make it to the communications centre and erase an intercepted transmission from Moff Raythe that would have informed the Rebellion that they were walking into a trap by attacking the Death Star.

“The fleet’s location is safe. Today, the Rebellion dies.”

As we do this, the alarm goes up as the rebels realise that Iden has escaped her cell. What follows is us blasting our way through the hallways of the ship to the nearest airlock. Stealth is no longer an option but the forces should not be too overwhelming, head-shots are definitely ideal though as even a Heavy trooper will go down instantly. In some places, we are also able to avoid combat by blasting out a panel to close a set of blast doors, blocking off the chasing enemies.

Upon reaching the airlock, Iden blasts herself out into space, only for an Imperial corvette, the Corvus to jump into the nearby space, catch her in their hangar and jump away before the Invincible Faith can react. Making her way to the bridge, we get to meet the other members of Inferno Squad, Gideon Hask and Del Meeko, who congratulate her on another mission well done as they prepare for the Rebels to fall into the trap at Endor.